If Only He Knew

By Ritzy Opera 2 months ago 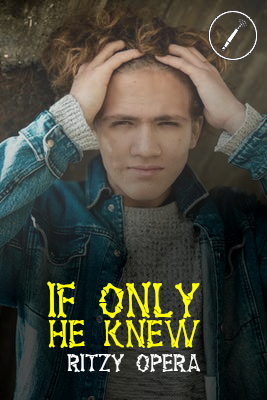 “Would it hurt to smile just once in a while?” he stared at me with lost eyes.

If only he knew, that even happiness comes with a price. If only he knew that the time I had spent with him was really over and now I have to pay the price.

“Yes, it would, Cain. Some people aren’t meant to be happy. I am one of those people,” I replied and he looked like he would rather jump off a skyscraper than argue with me.

“Bullshit, Tracy. We make our own fate and destiny, you believing in the universe or all that shit you do actually caused this. I won’t agree for us to end just like that Trace, I fucking love you,” Cain gripped me hard and when I stared at him, he reduced the pressure of his grip but he didn’t let me go. Maybe because he knew that this was his last opportunity to change my mind and if he did let me go, he would be losing me forever.

He might not know it yet but he has already lost me. This is just me saying goodbye. “How is that working out for you Cain? You fell in love with a girl who is married to a monster and is almost one herself…”

“Don’t say that about yourself,” Cain protested but I just shushed him.

“I get that you love me, Cain and honestly, it is a privilege but you know I don’t believe in love, it means nothing to me. And you can’t try harder because your time is up, we were never meant to be,” I shrugged half-heartedly because even with all the bluster I was displaying, I will miss Cain. We had a wonderful time together, he made me forget my miserable life. I could smile with him.

“Trace, don’t do this. You know you are bullheaded but don’t give up on us,” Cain pleaded but I snapped.

“What would you have me do? Stay here and watch you die eventually? Wait for my monster of a husband to catch up with me and watch him kill you? I can’t do that Cain. You need to let go. This is goodbye.”

“Cancer is not a death sentence especially at stage one, I will survive it and we can continue running from your husband, we had done pretty well for six months. What is the main reason why you are doing this Trace? If not for the feelings you have for me then tell me the truth for the time that we shared together,” Cain demanded as I broke down in tears, dropping all my façade of being a boss lady.

I don’t want to do this anymore.

The weight is too much for me, I wish I could be happy but the universe is against that for me. How can I smile when I know this? If only he knew, maybe this would be easier, if only I could keep deceiving myself that I was not falling into something I didn’t believe in with him.

You see, this would never work.

He might have stage one cancer but I have a brain tumor and less than three months to live.

Other posts by the writer:

No Notifications Here Yet